Sareb has decided to sell the majority of its portfolio of stand by works that have not yet been completed, which it acquired when Sareb was founded. It comprises a total of 564 residential developments, the majority of which are in the initial stage or mid-way through construction, and are primarily located in Catalonia, the Community of Valencia and Andalusia.

In phase one, Sareb will put a total of 140 residential works in progress up for sale, which amount to almost 5,000 homes. It also includes some commercial properties.

The Autonomous Communities with the most stand by developments for sale in this phase one are Andalusia and Catalonia (28 each), Canary Islands (26), Community of Valencia (18), Galicia (14) and Madrid (9). By province, Barcelona, Las Palmas, Alicante, Cádiz, La Coruña and Madrid have the most on offer.

By number of homes, more than half of the residential schemes for sale are located in the Canary Islands (1,166) Andalusia (1,057 units) and the Community of Valencia (838).

Sareb has launched the microsite www.obraparadasareb.com in order to provide detailed information on the assets, which can also be viewed at www.sareb.es.

For Sareb’s Business Managing Director, Alfredo Guitart, «now that the crisis has been overcome, the recovery in the real estate sector has meant that these developments are now commercially viable. This is therefore a good investment opportunity for local developers, who have an in-depth knowledge of their area, and who are capable of completing these stand by works successfully bringing them to market».

As part of its strategy to create value in order to obtain higher returns from the assets it received, the company has also re-started some works in progress in its portfolio. The company re-started 68 developments between 2013 and 2015, of which 45 have been completed as at the end of 2015. Circa 20 new developments of projects that were previously on hold are expected to be completed in 2016. 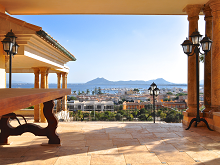