Belén Romana presented today her voluntary resignation as President of Sareb to the company’s Board of Directors. The Board, which met for an extraordinary meeting, unanimously approved the appointment of Jaime Echegoyen – who up until now held the position of CEO – as the new Executive Chairman of the company.

The Board considers that Jaime Echegoyen, “thanks to his leadership capabilities, experience and his professional and people skills, is the appropriate person to lead Sareb in this new phase”.

In the two years since its creation, the company has moved on from being a project agreed on with international authorities in order to clean-up the banking sector, to being a fully operational company. Sareb has generated €9 billion of income, with close to 24,000 properties sold and the company has paid up 11 per cent of the debt it initially took on. All of which has resulted in a €7.4 billion saving for taxpayers.

Sareb’s creation has played a key role in restructuring the financial sector, in reactivating the real estate market, and changing international investor perception of the Spanish economy. Now that this objective has been completed, the company is beginning a new phase, focused on its activity and adapted to the new circumstances.

In this new phase, which will be lead by Jaime Echegoyen, Sareb will collaborate with professional servicers, whose goals are more in line with company interests. All of this will allow the company to fully capitalise on the imminent recovery in the Spanish real estate sector.

Echegoyen, who has extensive experience in the financial sector, was appointed CEO of Sareb in 2014. Under his management, the company has adopted a new company structure and has selected the new servicers that will manage the portfolio over the coming years. Prior to joining Sareb, he was CEO of Bankinter and former head of Barclays in Spain and Portugal.

At the Board of Directors meeting held today, Belén Romana thanked the public and private shareholders for the confidence they had bestowed in her to set up such a passionate and complex project, which has managed to restructure the Spanish financial sector.

The Board regretted Belén Romana’s personal decision and unanimously praised the work she carried out. “Without her commitment, vision and leadership – affirmed the Board – it would have been extremely difficult to turn just a few paragraphs in a law in to the highly robust business that Sareb has become today”.

Jaime Echegoyen personally confirmed that “Belén Romana has been an example to us all and set the foundations, so that Sareb can continue to develop its task. There is absolutely no doubt in my mind that all of the professionals that work at the company will continue to be just as dedicated, committed and hard working in order to complete such an important project for the Spanish economy as this one”.

The new Chairman also thanked the Board of Directors for the confidence it had bestowed in him. “I take on these new responsibilities with whole-hearted commitment and in the resounding knowledge that Sareb will continue to fulfil the mandate conferred to it”. 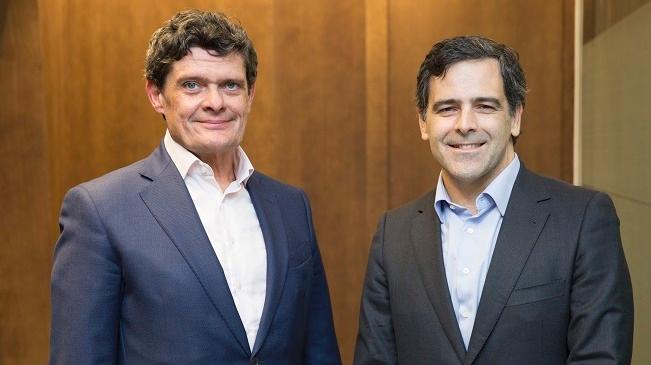