Sareb and the Catalan Government (Generalitat) have signed an agreement to temporarily transfer 600 apartments to be used as affordable housing for rent. This is the first agreement of its type that has been signed with the company. The agreement is based on temporarily transferring apartments from Sareb’s portfolio in Catalonia, in order for the Generalitat’s Land and Environment Department (Departament de Territori i Sostenibilitat) to manage and rent them for four years. The agreement can then be extended for periods of one year via the express agreement of both parties.

The apartments will gradually be put on to the market and will be let at affordable rents, which will range between 150 and 400 euros per month. In exchange for the transfer, Sareb will receive compensation in order to cover service charges, insurance, rates and taxes linked to the properties. The Generalitat will be in charge of the management and administrative costs of the apartments.

On the expiry of the agreement, all of the apartments will be returned to Sareb and there will be a clause in the lease agreements that the apartments must be returned in a good state of repair and that improvements must be made where required. The portfolio of apartments that Sareb will temporarily transfer is comprised of both vacant and in use apartments, as well as others in the process of having their licences approved, which the Generalitat will validate whilst managing these affordable rental apartments.

In so doing Sareb and the Generalitat hope that the towns with the most acute social issues will thereby benefit from this agreement. The apartments transferred by the asset management company are spread across a total of 72 Catalonian towns. The Generalitat de Cataluña, who will act as the lessor of the transferred apartments and sole point of contact with Sareb, will seek to collaborate with the respective teams of the local authorities.

For the President of Sareb, Belén Romana, “this first agreement is the initial step towards collaborating with Autonomous Communities that will allow Sareb to bolster its civic commitment to Society, without deviating from the divestment mandate granted to it by the government.” Sareb is already in talks with another eight Autonomous Communities in order to sign similar affordable rental housing agreements to the one in Catalonia, with the intention of transferring a total of 2,000 apartments.

Sareb will temporarily transfer 2,000 homes to the Autonomous Communities in order to favour affordable rentals 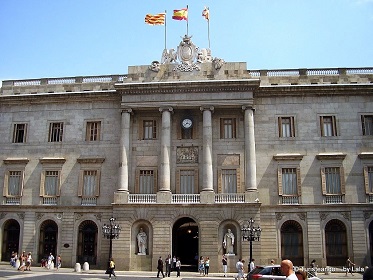