As of today, Murcia has a new hotel, the Sheraton Hacienda del Álamo Golf & Spa Resort, a luxury hotel that will extend the high-end offering of sports and golf tourism options that the region offers domestic and overseas visitors.

The new hotel is located within the Hacienda del Álamo resort, a vast residential and sports complex owned by Sareb. The hotel is managed by the ADH Hoteles Group and operates under the international Sheraton brand, while Altamira Asset Management manages the residential complex.

Today’s official opening ceremony was attended by the President of the Region of Murcia, Fernando López Miras, Sareb CEO, Jaime Echegoyen, the Managing Director of ADH Hoteles, Carlos Berrozpe, and Marriott’s Head of Expansion for Spain and Portugal, Edgar Ollé.

The hotel will help to further cement Murcia’s status as a quality tourist destination. As well as driving tourism and economic development in the area by directly creating 120 new jobs, the holiday resort will also help to breathe new life into Murcia’s real estate sector.

During the opening ceremony, Sareb CEO Jaime Echegoyen underscored that the renovation of the Hacienda del Álamo Golf & Spa Resort falls within Sareb’s strategy to invest in certain properties in order to maximise their value. He also emphasised that this project will provide jobs, wealth and tourist appeal for the region.

He highlighted that the Region of Murcia is a key area for Sareb, with the company owning property valued at circa €4,500 million in the region.

Additionally, the President of the Region of Murcia, Fernando López Miras, stressed that it would not have been possible to open this hotel without Sareb, who signed an agreement at the start of March to encourage joint initiatives favouring economic and social development in the region.

The hotel benefits from a total of 154 rooms and forms part of a resort located on a 38,500 sqm plot in the town of Fuente Álamo. The tourist complex also boasts 100 2-3 bed holiday homes, a large wellness centre, complete with spa and treatment areas, a golf course, padel and tennis courts, and a football pitch.

One of the resort’s main attractions is its sports offering, particularly the 18-hole golf course designed by the renowned golfer and golf course designer Dave Thomas. Its 92 hectares make it is suitable for PGA Championship trials and the longest course in the southeast of Spain.

Since taking over its management in 2013, Sareb has invested in modernising the Hacienda del Álamo tourist complex in order to reopen it to the public with a new-look. In 2017 for example, it invited a host of leading hotel and tourist operators to take part in a competitive process to win the complex’s operating contract. Last March, Sareb signed an agreement with ADH Hoteles, subsidiary of the Avintia Group, who joined forces with Marriott International to launch the Sheraton Hacienda del Álamo Golf & Spa Resort Hotel.

In the five years since it took over the property, the company has invested a total of €8.6 million in completing works and preparing the resort for opening, along with a further €10 million for the maintenance of the complex.

As Hacienda del Álamo is one of the most unique properties in Sareb’s portfolio, the company has developed new initiatives to maximise efficiency in terms of its operation and maintenance. For example, the resort has become the company’s first property to employ drone surveillance. A few months ago, Sareb installed a system via which the complex is monitored by a drone fitted with cameras and sensors that is able to cover the more than 15 kilometres of the facility’s perimeter both day and night.

During the hotel’s opening ceremony, a demonstration of the surveillance system – attended by Heads of the Spain’s State Security Forces and Corps – was carried out.

The Hacienda del Álamo tourist complex extends over a vast amount of land. As such, aside from the benefits of aerial coverage and the rolling real-time video streaming, the drone also provides enormous cost savings of almost €11 million per year, given that conventional on-the-ground surveillance would require constant off-road vehicle patrols.

This technology therefore increases the company’s efficiency and makes significant cost savings in physical security, an area in which Sareb already spends close to €17 million each year.

Sareb’s activity in the Region of Murcia

Murcia is a key region for Sareb – at the end of H1, the company’s loan portfolio in the region stood at €3,600 million. The company also owned a total of 8,600 different properties in the region, valued at €915 million and equating to 7.5% of its entire property portfolio.

Between January and June, sales of Sareb’s properties in the Region of Murcia amounted to €14 million. The lion’s share of these were residential properties – homes and ancillary properties (€12 million) – while the rest related to commercial properties (€1.6 million) and land (€0.3 million).

Sareb also aims to reach agreements with its debtors to develop sales growth plans (PDVs). These are collaborative agreements aimed at helping to sell the properties securing the loans, and as such help to pay or cancel the debts. During the first half of the year, these plans led to the sale of over 180 homes in the region.

Thanks to Sareb’s activity across Spain during the five and a half years since its creation, the company has reduced its entire asset portfolio by 28.9%, to €36,128 million, and has cancelled 25.4% of the debt that it issued to finance the acquisition of the assets transferred to it from the nine banks that received State aid during Spain’s bank restructuring process.

At the start of 2018, Sareb signed a Memorandum of Understanding with Murcia’s Government to drive joint initiatives that encourage economic and social development in the region.

The Memorandum sets out various lines of collaboration aimed at encouraging new investments. Sareb is therefore collaborating with Murcia’s authorities with the aim of providing properties for industrial and business projects that are in their common interest. Among other measures, the agreement also proposes the joint promotion and presence of Sareb and the Murcia Government at real estate fairs and events, as seen at the recent Expo Real fair in Munich. 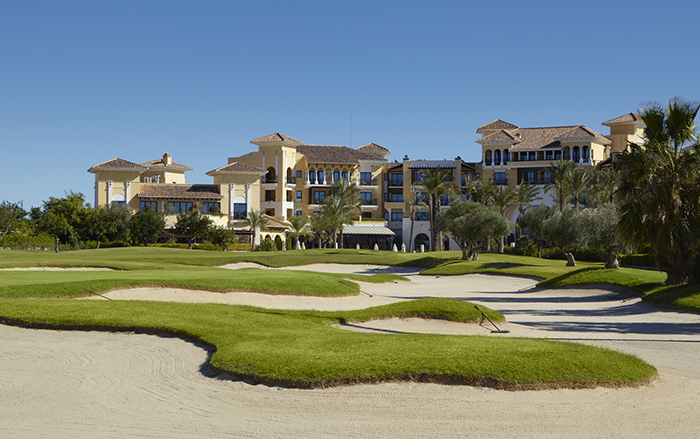 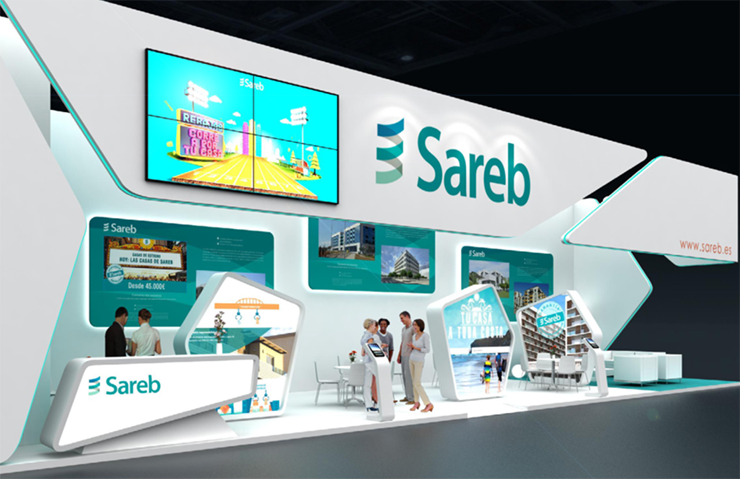 Sareb to market 1,800 homes at the SIMA real estate fair 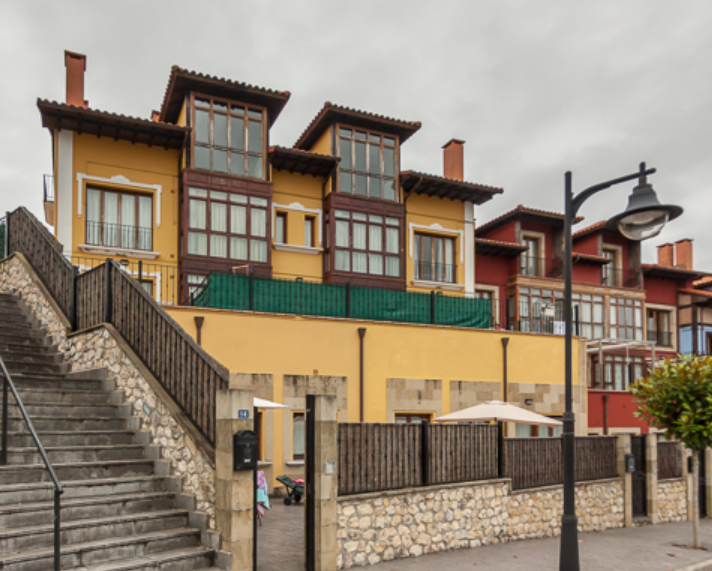 Sareb launches end-of-year campaign, offering savings of up to 30%