Sareb will temporarily transfer the management of another 2,000 homes to regional and local authorities, to be used as affordable housing. This morning, Jaime Echegoyen, Sareb’s Executive Chairman announced this in his address to the Senate Finance Committee (Comisión de Economía del Senado) while reporting on the company’s business activity in H1 2015. This decision doubles the number of properties allocated to the Affordable Housing Transfer Plan, which was started two years ago.

Sareb’s board of directors has endorsed this format given the results achieved this year and the ever growing interest shown in the meetings held with representatives in charge of public housing policies. It has also given the green light to go ahead with the extension of the plan for municipal corporations “to search for ways of collaborating and attending to, where possible, the most urgent or emergency social cases”, declared Jaime Echegoyen during his address.

Since the project started to take shape in 2013, Sareb has reached collaborative agreements with Catalonia, Aragón, Galicia, the Basque Country and the Balearic Islands, which have now activated 1,200 apartments in order to encourage greater access to housing. The company is currently on the verge of signing agreements with the Canary Islands and Castilla Leon, and is in advanced talks with the Governments of Castilla La Mancha, Community of Valencia, Cantabria and the Community of Madrid. It has also begun talks with Andalusia, Asturias and Extremadura.

Sareb’s Executive Chairman, Jaime Echegoyen, underscored the importance of a social responsibility initiative to allow the company to collaborate with the various different authorities without deviating from the divestment mandate assigned to it by law. “Sareb’s main objective is to manage and dispose of all of the assets that it received, but we are aware that, where possible, we can do this via initiatives that alleviate social housing issues in Spain. We believe that the most suitable way to achieve this is by making contact with the regional and local authorities, who have the suitable tools in place to meet the needs of society’s most disadvantaged groups”.

In addition to transferring housing, Sareb is working on a retail unit plan aimed at entrepreneurs that need a premises to launch their business from 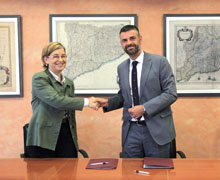 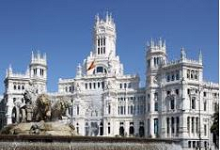 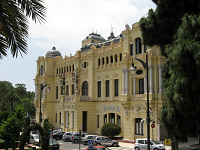