At his own request, the Executive Chairman of Sareb, Jaime Echegoyen, appeared before the Economic Committee of the lower house of the Spanish Parliament, to present the company’s 2014 results and its outlook for this year. As he explained, over the past two years, Sareb has reduced its distressed assets by €6,500 million compared to what it had on its books at the start of 2013. In this period, it has sold more than 24,000 properties to private individuals; managed circa 20,000 company proposals, and has carried out 25 large institutional sales transactions, primarily the sale of loan portfolios. This has allowed it to receive €8,800 million and repay €5,400 million of the €50,700 million of private debt it had to issue to acquire the assets from the troubled financial institutions.

Jaime Echegoyen also indicated that in H1 2015 Sareb has sold 5,000 properties (primarily housing, land, commercial and industrial) to private individuals, which equates to an average of 28 units per day. The Executive Chairman of the company highlighted that 60% of these transactions were carried out via collaborating with small developers in order to sell the housing that secured its loans. “Just in the first half of the year, we have signed almost 800 of these agreements, which we call ‘Sales Grouth Plans’ (PDVs)”, he said. “Sareb cannot offer new financing, but it can offer time and flexibility”, he added.

In his address to the Committee, Echegoyen emphasized that there had been an increase in activity for land and commercial properties between January and June. In particular, he indicated that Sareb completed 23 land sales transactions, 43% more than the previous year, and quadrupled revenue from these types of transactions. In terms of commercial property, 14 transactions were completed, double the amount achieved in the previous year, with revenue increasing by almost 50%.

Echegoyen also mentioned institutional divestment activity and announced the launch of sales transactions of loans secured by land, works under construction and logistics assets in H2 2015.

In addition, Sareb’s Executive Chairman also reminded the Committee of the agreements reached with the governments of Catalonia, Aragón, Galicia and the Canary Islands, in order to provide these Autonomous Communities with 1,130 homes to be used as affordable housing for rent. “I am confident that we will shortly announce the signing of collaboration agreements with other public authorities”, indicated Echegoyen. In October 2013 the company launched a programme to temporarily assign 2,000 homes to Autonomous Communities for affordable housing.

Furthermore, Echegoyen announced that Sareb is working to extend these types of programmes to other property classes, particularly retail units for entrepreneurs, which would be offered at affordable rents. It is currently studying the best partnership option for this initiative.

In his address, Echegoyen also indicated that Sareb is meeting its mandate that it was created to fulfil. He explained, “we have demonstrated that we are capable of creating sufficient income in order to pay the interest on the debt and continue to reduce the principal via the management and sale of various different property classes. All of which has been achieved in a particularly difficult market”. 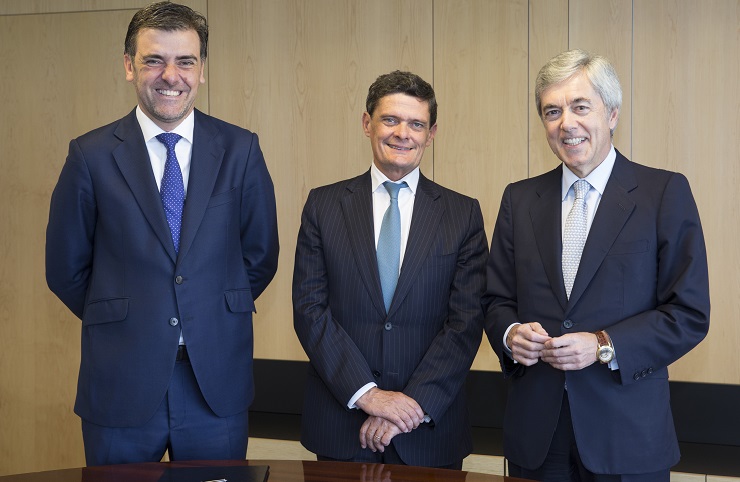 Sareb outsources management of a portfolio of 42,900 assets to Solvia